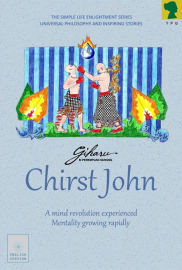 During school holidays, I accompanied my son to Jakarta, had been a year he did not meet his father. Besides taking care of the books and meet some old friends, I was also invited to the volunteer office of one of the presidential candidates in Menteng. While it was the presidential election season.

After the meeting. People in room snatched away a photo with candidate R-2 Indonesia. I actually lazy followup photograph, long I saw only me only one sitting with smile with that phenomenon. Perhaps I’m so awkward because we are only distinguishable corner table, finally I ask friends who invite taking a picture of me. Just snap! I was going home.

I already know it’s not my habits, even to write this story, I have not see the photo, was it correct captured perfectly well it doesn’t matter. The occurrence with the same reaction I’ve ever experienced also when somehow asked someone took a picture of me again with a very famous book contributor.

Since the first I always ask why people fancy to post photos with famous people? In the business moreover. I remembered my colleague very proud and always told by pointing out his picture with Bill Gates in his office. There is a friend who enough simply put up a photo with Christ John at his sosmed’s wall.

I think this outlook had already been handed down since colonial era, which the interpersonal relationships with official residency determined the status of person. Capitalist thinking aggravate it.

Such viewpoints what is still relevant to the acceptance of the century so wide that all individuals are unique and have the same potential. Everyone can connect easily through technology? I think posting photos which are personalized will further raise the quality as an individual.

Some Ministers in the photograph was already deceased, my colleague also have followed. Then I thought again, who recalls who now? 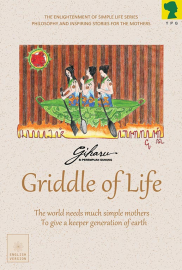 I still remember once, one night after worked, my mom got many stories about secondhand items of merchandise which would divided to his sons. My mother proudly told the timeless branded of eggs shaker she had three pieces. One stick shaker already broken but still she preserved, pan presto with which she bought with hard-earned with credit system did not forget she conveyed how the pan had a lot of merit when she was cooking beans to fill the cake khu.

A couple of deformed buckets that I think is well worth made of garbage. In addition, my mother was very focused with metal materials. According his belief that to old metals are more flame-retardant than the metal now.

My mother certainly did not has the treasure she could inherit his son then a black iron griddle, rounded iron stove as fried rice seller owned was always she gave a don’t get lost message. “It’s an old iron! There any money yet you cannot afford to get it again,” said my mother.

Finally a black stainless griddle has given to my sister. The aluminum skillet for me. I was certainly very capable of buying a refrigerator let alone just aluminium skillet. It was my reaction such a young girl of a somewhat underestimated the insignificantly legacy like these.

I was my mother’s ancestry, my mother likes cooking I like too. My mother’s skillet aluminum was indeed the best after I tried and keep I use in Temanggung, however I still need a anti sticky wok like black stainless griddle. After trying various brands of anti-sticking pans that its price exceeds a refrigerator I still couldn’t get the feeling of cook like my mother’s charisma. 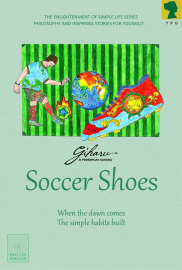 The pride of a child lies on his shoes. Tika is showing off the new shoes she gained from his parents, Tommy how proud when a pair of new shoes he gained as a birthday gift. Others again with cranky Mahmud, he did not want to school because shoes that his father promised never purchased.

Did you know that the shoes are a child’s self esteem. One time as child you’re in between will be speaking or walking first. Your parents and any parent will usually be more excited if his son is able to walk. A baby walker were bought to help the development of your gross motor.

If you’ve been able to talk but its content still needs a lot of learning so that qualified then this lesson may still like learning to walk. Since you’re starting grown up then the learning to walk will be worthy called the learning to step. The world that you think about and want you to recite in dreams will be imprinted with how far you’re hit your steps above the surface of the Earth.

In this world so much that we don’t know about, which is different from us and shoes is the most beautiful gift that could make you step to see the other place of the world.

Then came the story of Evan Dimas, U-19 national team squads, owing to 20,000 IDR his soccer shoes, he could be wandering.