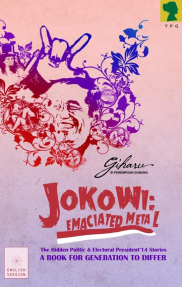 Politics can inject you die because there is a self radical changing or brain damaged by fighting for the ‘interests’ hiding behind the name of the people. Oddly enough the people who championed it, there is a sudden involved in practical politics in the 2014 Presidential Election that it should have more interests purely because of their personal behalf struggled. They continued to struggled with the dynamics of a deadly political reason.

Again, The 2014 Presidential Election in the context that between black and white, between brittle and balky all can get out and amongst the supported and supports all mixed become one because has a correlation in there, supporter and supported hagtash is the same; to be the reflection subject all time.

The politics of 2014 to be attractive for the record because there is not deserve game to be imitated and there are methods and a spirit that needs to be preserved. There is action which makes the snarled and there is also a touching story, however already ascertained there is an innocence and sincerity becomes their guard fence. If repeated Presidential Election is still had been unable to repeat the original beauty of the dynamics of the Presidential Election July 9, 2014.

Presidential Election as legally but next on affair to be yourselves.